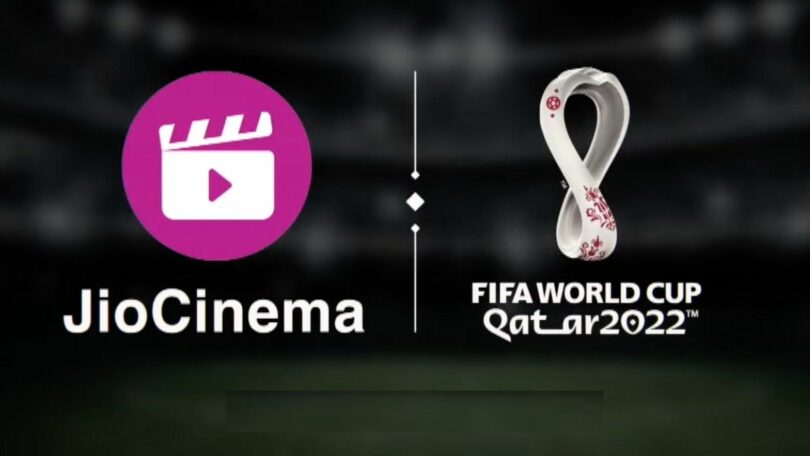 Even as the FIFA World Cup Qatar 2022 draws to a close, JioCinema heralds a new dawn as digital viewership surpasses television in India for the first time for a global sporting event.

A whopping 32 million viewers watched JioCinema on the final day. This was arguably the most extraordinary final as Argentina lifted the trophy for the first time since 1986.

More than 110 million viewers watched digital content, making India one of the highest digital viewership markets For FIFA. After fierce competition and intense chaos, the World Cup lures India’s attention with 40 billion minutes of viewing on Sports18 and JioCinema. Which persisting to be a free app, on iOS and Android during the contest.

What makes JioCinema Grow so Fast?

The rapid rise of the app has a connection with the growing preference of viewers to watch on DIgital platforms. JioCinema has improved the viewer’s live experience with the all-new Hype Mode, which provides timeline during a live match. It includes a multi-camera view of matches, quizzes and real-time stats, and a time wheel allows viewers to relive unforgettable moments.

The event’s strong digital audience is its wide availability on multiple OEM and CTV platforms such as Jio STB, Apple TV, Amazon Firestick, Sony, Samsung, LG and Xiaomi, among others. . CTV audience for the first time watched the world’s most prestigious football tournament in 4K UHD resolution via JioCinema.

Viacom18 said: “We have promised to give consumers easy access to a world-class slideshow of the World Cup. Through that, the tournament has become a digital sporting event. most viewed global digital that India does not participate in”, Sports CEO Anil Jayaraj.

“It showcases the power of digital and the preferences of viewers and fans watching their favourite events, which will now see Paris Saint-Germain teammates and winners FIFA World Cup Kylian Mbappe and FIFA World Cup and Ballon d’s winner ‘Or, Lionel Messi joins forces in Ligue1’

Fans were treated to a world-class studio treat on Sports18 and JioCinema.

Fans were treated to a world-class studio treat on Sports18 and JioCinema. The Studio witnesses All-Star lineup of World Cup heroes including Rooney, Luis Figo, Pires, Gilberto Silva and Campbell. Not only the fans but also the brands that have partnerships with the world’s most prestigious football tournament on JioCinema and Sports18.

More than 50 brands from e-commerce, banking, financial services, automotive, fashion, hospitality and fintech have harnessed the potential of a four-year rollout to reach their audiences.