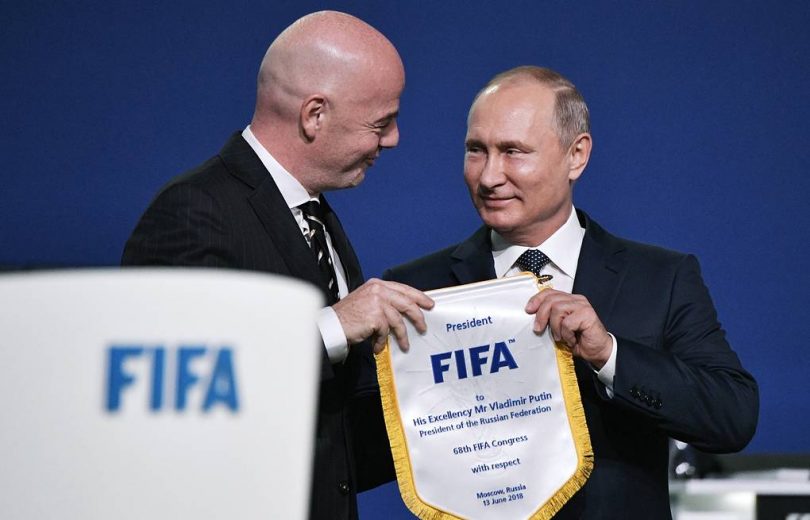 FIFA Along with the European Football Associations (UEFA), Russian national teams and clubs banned from international football on Monday as the invasion of Ukraine continues.

“These decisions were taken by the Presidium of the FIFA Council and the Executive Committee of UEFA, the highest decision-making bodies of both institutions, in such urgent matters,” FIFA said.

The decision came after international calls to ban Russia from international sporting events after it launched a full-scale invasion of Ukraine on Thursday.

Double standards on the pitch: when is it acceptable to mix sport and politics?

On Tuesday the U.N. said that 136 civilians, including 13 children, have been killed in Ukraine since the invasion began. The human rights organization said 400 civilians were injured, including 26 children.

The Football Union expressed its “full solidarity” with the people of Ukraine, adding that the presidents of FIFA and UEFA “hope that the situation in Ukraine will improve significantly and quickly so that football can once again be a vector of unity”.

Poland was scheduled to play Russia in the 2022 World Cup playoffs on March 24. Her suspension means she will not take part in the major sporting event in Qatar.

the International Olympic Committee (IOC) had also called for Russia and Belarus, which supported the Russian invasion, to be banned from participating in tournaments. The IOC said Russia and Belarus broke the Olympic truce.

“In order to protect the integrity of global sports competitions and the safety of all participants, the Executive Board of the IOC recommends that international sports federations and organizers of sporting events not invite or allow Russian and Belarusian athletes and officials to participate in international competitions,” it said.

Russia’s recent ban has also raised questions about double standards in the sports industry, as no such steps have been taken against other countries that have committed harrowing crimes in different countries.

This includes Israel, which has occupied Palestine for over 70 years and continues to commit gross human rights abuses against Palestinians. More recently Israel considered the opportunity to host the 2030 FIFA World Cup.

There was also complete silence in the football world during the US invasions of Afghanistan and Iraq, which left tens of thousands of civilians dead and victims of violence torture.

Syria has been bombed by the regime of Bashar Al Assad with Russian military support since 2015 under the pretext of “fighting jihadists”. Russia is also accused of killing thousands of Syrians systematically bomb Non-regime controlled areas in Syria.