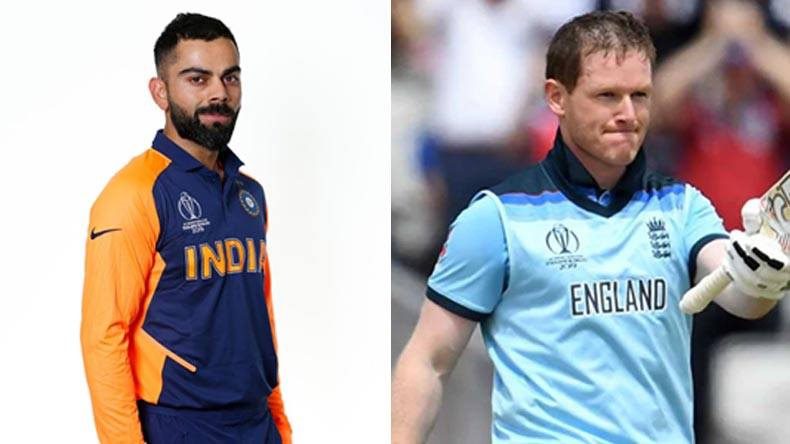 England are all set to take on India in the 37th match for ICC Cricket World Cup 2019. Before this match, Australia defeated England by 64 runs in the 32nd match. So now, England stand at the 5th spot on the points table with eight points. Whereas, India defeated West Indies by 125 runs in the 34th match. At this point, India holds the second place on the points table with eight points. Now, the 37th match England vs India will be held at Edgbaston, Birmingham on 30th June 2019.

So far, England have played seven match in world cup 2019 and they won four of these games. Therefore, they mark eight points at the fifth place on the points table. In the previous match, 285 for 7 runs target, while batting first against England. However, English team failed to chase this total and finished their turn at 221 in the 44th over. As a result, Australia won this match by 64 runs. Now, England will meet India in this world cup match.

This is a must win match for England and they need to well prepared for it. As, if England loses this match, their hopes to play the semi finals will fade away.

Whereas, India have engaged in six CWC 2019 matches, so far and they won five of these games with one match going canceled. Hence, they account eleven points at the second slot on the points table. If they win this match, they will qualify for the semi finals. In the previous match, India posted a reasonable target of 268 for 7, while playing first against West Indies. The Indian skipper Virat Kohli played a handsome innings of 72 runs, while MS Dhoni remain unbeaten at 56.

However, West Indies poorly collapsed at 143 in the 34th over and failed to chase this target. As a result, India won this match by 125 runs. Now, they will face England in this world cup match.