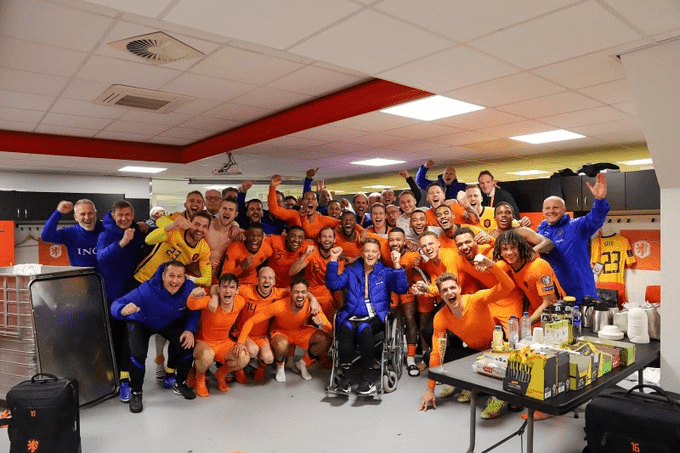 Despite earlier calls for a boycott Dutch Football Association is “ready” to take part in the 2021 FIFA World Cup in Qatar.

A delegation of Dutch Football Association has closed her inspection visit to Qatar, declaring that her team now has “the essentials for a fantastic stay” in the Gulf state.

The visit took place earlier this month to ensure venues and facilities are ready to accommodate the football team when they visit and to ensure the country offers ‘fair’ conditions to migrant workers.

The delegation also included a team from the Royal Netherlands Football Association (KNVB) led by general secretary Gijs de Jong. During their visit, sports officials approved the Regis Hotel in Doha to host the soccer team and two soccer fields at Qatar University as training sites.

“We feel positive about returning to the Netherlands,” said de Jong, who has visited Qatar several times over the past year, adding that the recent visit has mainly focused on football and the facilities to be selected.

“We were there to assess and make decisions about the facilities for our players, their staff, our fans, our partners and our staff. The framework conditions must be optimal; with top priority for the team’s hotel and training accommodation, guest house, training facilities, catering and logistics.”

Part of the visit also focused on ensuring the parties working with KNVB provide a safe work environment and fair and equal treatment for their workers, a process known to be “as rigorous as possible”. For this reason, the delegation met several times with the International Labor Organization (ILO) to ensure that all protocols were being followed.

“All of our conditions will be met during our stay, both in terms of elite sport and our requirement that our hotel and training accommodation must be ‘clean’ in terms of the working and living conditions of migrant workers there,” added de Jong added. “The minimum wage is guaranteed and higher than in neighboring countries. There are also electronic checks that assess whether payments have been made correctly.”

Since Qatar won the bid to host the global sporting event, Western media have focused on the country’s migrant rights issues and slandered the country’s every move despite sweeping reforms.

Despite the progress made by the Gulf States on the working conditions of migrant workers in recent years, the media has continued to publish what the Qatari authorities have described as “sensational” headlines. This has sparked several calls for a boycott, with Norway having started the calls.

Last year, a number of football clubs across the European nation called on the country’s football association to do so Pull out of the tournament next year in Qatar. Later, several countries across Europe joined the call, including the Netherlands and Germany.

Echoing the calls, in March 2021 the Netherlands men’s soccer team wore t-shirts that read “Football Supports Change” in a showdown against Qatar’s human rights track record ahead of the World Cup.

The team stated: “In Qatar we want to be world champions. But not without thinking outside the box. That’s why we use our football for a change.”

In the same month, the Dutch Football Association announced Doha News it was never for Qatar’s bid for the 2022 edition of the World Cup due to “lack of football history and harsh temperatures”.

But despite hate campaigns and calls for a boycott of Qatar 2022, none of the countries stuck to their previous positions.

KNVB explained this later she doesn’t think a boycott will help.

“If you want to help improve the situation, go there and raise awareness,” KNVB told Doha News. “Boycott doesn’t help the people working there.”

The team’s coach said Frank de Boer announced shortly after the calls that, after discussions with human rights organizations, internationally renowned human rights groups had advised them to hold the tournament.

“Human Rights Watch and Amnesty International have said that if we go there, we can better promote the cause,” de Boer said.

As a result, the Dutch Football Association KNVB confirmed in late 2021 that it will not boycott the 2022 World Cup in Qatar, but will instead make “efforts to raise awareness of alleged cases”. human rights violation in the Gulf State.

Experts have raised questions about the rationale behind the attempts to call for a boycott, given the lack of similar measures in other host countries with their own human rights abusers, such as Brazil and Russia.

OPINION: Qatar 2022 and the continued guilt of western media

Qatar is the first Middle Eastern country to host the World Cup, which served as an open door for several outlets and officials to criticize the region without doing the same for other countries.

FIFA previously defended Qatar, saying the tournament can open the door to social betterment, evidenced by a series of historic labor reforms announced earlier this year.