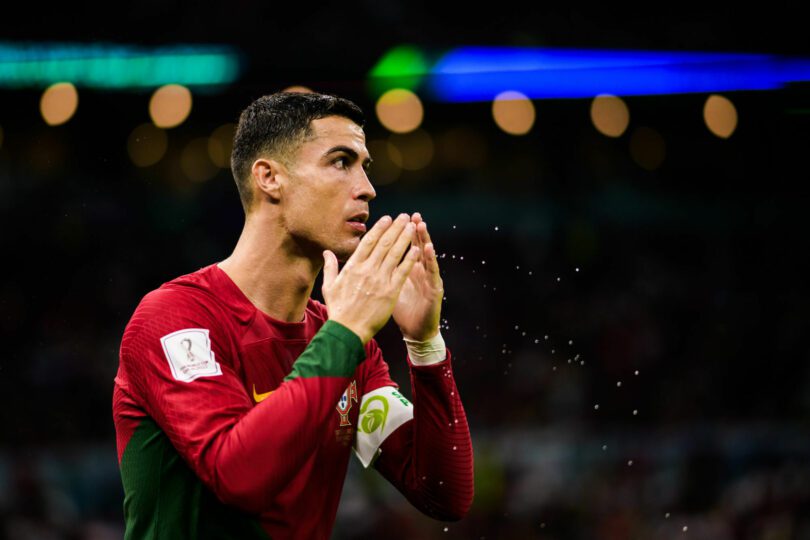 The qualifying Portugal will face South Korean team looking for results for a chance to reach the round of 16. Here’s how to watch live Korea vs Portugal in the 2022 World Cup group stage in Qatar.

Portugal earned their spot in the Round of 16 by beating Uruguay on Monday night. Fernando Santos’ side is not in their best form in any of their matches so far. They could readily concede at least once here, but  Bruno Fernandes’ double – the one Ronaldo attempted taken and a questionable time-out penalty.

Portugal coach Fernando Santos says Cristiano Ronaldo’s availability in the match against South Korea on Friday is still in question. Ronaldo missed training on Wednesday and stayed at the gym to recover and do specific exercises.

With his side reaching the knockout stages, he can get a break against Korea even though he’s in good form. I think whether he plays or not is 50-50, let’s see,” Santos said at Thursday’s press conference.

Portugal also didn’t start well when lifting the trophy at Euro 2016. Hence, Ronaldo and his teammates won’t be too worried as long as they keep winning.

South Korea’s head coach, Paulo Bento, will not be available for the match against Portugal after being sent off following the team’s loss to Ghana earlier this week. The Taegeuk Warriors took a 2-0 lead thanks to Cho Gue-sung’s brace just three minutes into the second half, but the balance didn’t last long.

During the last game, Mohammed Kudus scored for the Black Stars and Bento lost his temper with the referees after the final whistle because the corner was not awarded. Even if South Korea win here on Friday, they will still be back if Ghana beats Uruguay.