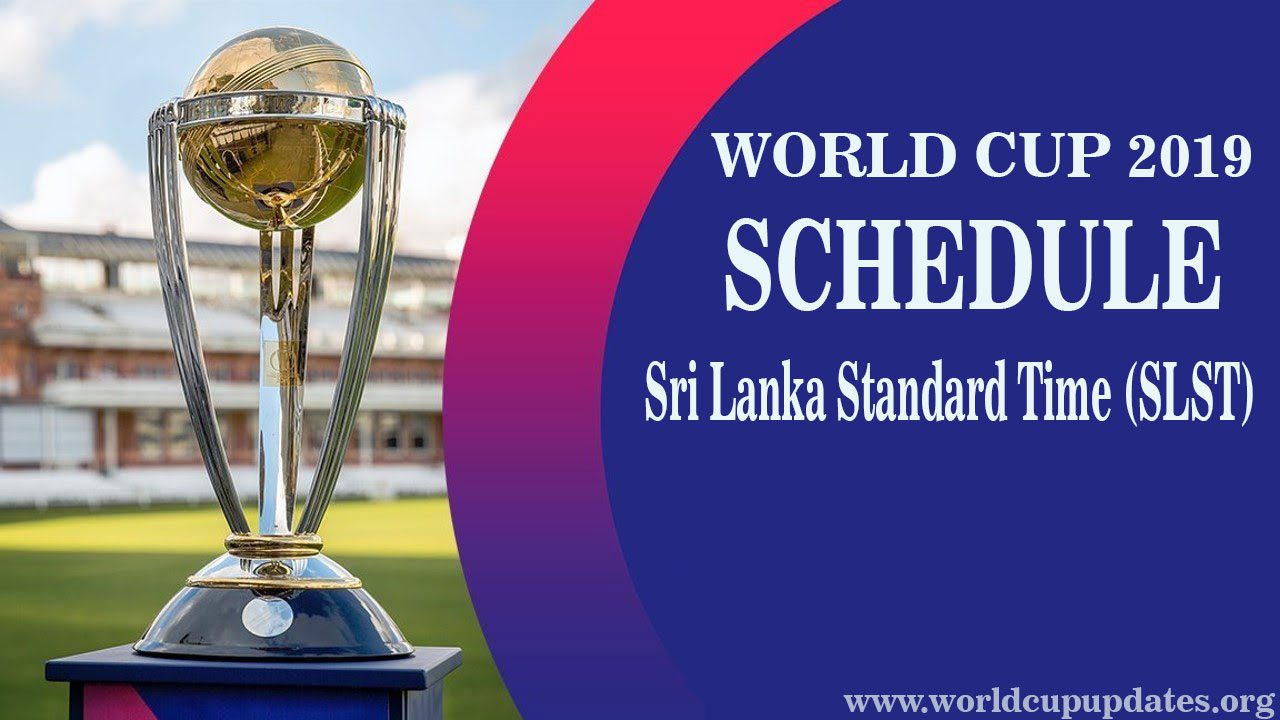 The 10-team tournament, to be played on a single-league format with the top four progressing to the semi-finals, will run from 30 May to 14 July across 11 venues of England and Wales.

All team Sri Lanka matches will be broadcast live all over the globe at SLRC (Channel Eye). You can check Sri Lanka team schedule, Match Timings and Fixtures here on this page.

Lasith Malinga will be donning the captain’s hat into CWC 2019. This is yet to be tested how Sri Lanka will cope up with all the odds.

The Lankan fans would be eager to follow each match of their team in the upcoming Cricket World Cup which is scheduled from May 30, 2019, to July 14, 2019.

But as the tournament is co-hosted by England and Wales and the matches will start as per British Summer Time, the fans might find it difficult to know the exact match timing of the 2019 Cricket World Cup.

Therefore, on this page, you will get the complete match schedule of the 2019 Cricket World Cup in Sri Lanka Standard Time.

The 10-team tournament, to be played on a single-league format with the top four progressing to the semi-finals, will run from 30 May to 14 July across 11 venues of England and Wales.

Sri Lanka will face-off New Zealand in their opening match on 1 June in Cardiff, and then take on Afghanistan at the same venue three days later. They will then move to Bristol, where they will meet Asian rivals Pakistan and Bangladesh on 7 and 11 June, respectively

Sri Lanka’s fifth league match will be against defending champions Australia at The Oval on 15 June, before they meet hosts England at Headingley on 21 June.  Durham will host Sri Lanka for their seventh and eighth league matches which will be held on 28 June and 1 July against South Africa and the West Indies, respectively.

Sri Lanka has just under 50 percent success rate at the World Cup, having won 35 matches and lost 35 matches. They were involved in a tied match, while their two matches ended in no-results.

Apart from winning the 1996 tournament in the subcontinent, Sri Lanka has featured in the finals of the 2007 and 2011 events. They qualified for the semi-finals in 2003, while their only quarter-final appearance was in Australia and New Zealand in 2015. In the other six tournaments, they have failed to progress beyond the group stages.

Cricket World Cups takes place once in four years’ time and are organized by ICC which is the governing body for the game of Cricket. For the 2019 Cricket World Cup, ICC has decided to pool all the 10 teams into a single group and before reaching the knockout stage each team will play 9 group games.

The tournament will be contested in the round robin and knockout format. The matches will be played as per British Summer Time which is 1 hour ahead of GMT while the Sri Lanka Standard Time is UTC+5:30.

Hence, a time difference of 4 hours and 30 minutes arises. Accordingly, we converted the match start time of all the matches to UTC+5:30 which is Sri Lanka Standard Time.

The opening game of the 2019 World Cup will take place on May 30, 2019, at 3:00 PM SLST between South Africa and hosts England at The Oval in London and the title match will be contested between the winner of Semifinal 1 and Semifinal 2 on July 14, 2019, at 3:00 PM Sri Lanka Standard Time at Lord’s in London