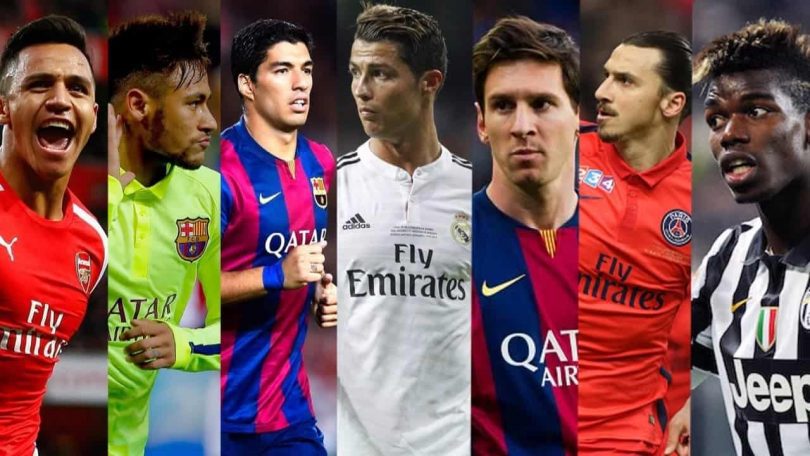 Football fans should consider themselves truly blessed to have seen some of the best ever talents of the game on display over the past few years.

By the time the football World Cup in Qatar ends next year, fans could be bidding goodbye to an entire generation of stars.

Here is the list of the biggest names who might not be participating in the next World Cup.

Topping the list of legends who could be playing their last World Cup in 2022 is Cristiano Ronaldo, the most prolific goalscorer in the history of international football. Ronaldo was one of the finds of the tournament in the 2006 World Cup as he helped Portugal reach the semi-finals.

Since then Portugal has not been able to get past the Round of 16 despite Ronaldo’s best efforts. However, Portugal has a splendid group of young players who could finally help Ronaldo and Portugal lift the World Cup. Ronaldo has seven World Cup goals now and will be looking to get his tally into double figures.

Messi’s dream of lifting the prestigious trophy is most likely going to remain unfulfilled as the chances of the legend’s participation in the Qatar WC are almost zero. After repeated unsuccessful attempts to win a tournament with Argentina, he might be calling it quits. Permanently this time.

Luka Modric is definitely one of the best midfielders of his generation.

The Croatian made his debut with Dinamo Zagreb in 2003, before signing for Tottenham Hotspur in 2008. Modric made his name with Spurs, impressing consistently with his incredible performances. Having turned 36 earlier this month, there is increasing speculation that Modric has reached the end of his career. With his contract running out in 2022, it seems very likely that Modric will bring to an end an incredible career.

One of the most divisive personalities in the history of the World Cup, Luis Suarez has been at the center of two huge controversies. In 2010, his intentional handball took Uruguay to the semi-finals and he infamously bit Chiellini during the 2014 World Cup. He has also put on outstanding performances, including a decisive brace against England in the 2014 World Cup.

Cavani was a vital cog in the Uruguayan machine in Russia and scored both the goals in their 2-1 win against Portugal that threw the latter out of the tournament. The 31-year-old Uruguayan might not play the next edition of the tournament to make way for younger blood.

World Cup 2018 had been full of ups and downs for Mandzukic who hit the winning goal for Croatia in the semifinal against England and then scored a goal against his own side in the final that they lost 4-2 to France.

That might not be the perfect end to the tournament for the talented forward and participation in 2022 looks unlikely for now.

The former captain of the Brazilian side is one of the best defenders and the most experienced players of his side.

He captained the side in the 2014 edition of the tournament where they lost 7-1 in the semfinals to the eventual winners Germany. He’ll be 37 years old by the time Qatar WC is played and he might not participate in the tournament.

The Spanish legend who got the team its first World Cup title with his extra-time goal in 2010 final, is one of the best players Spain has produced.

He is 34, though, and the World Cup in Qatar might be unfortunate to not witness his magic.

He got a great amount of attention at the 2010 FIFA World Cup, where at the age of 22, he played an important part in Germany’s campaign where they reached the semifinals, losing to eventual champions Spain.

Bowing out of the tournament pretty early in 2018 got him a hell lot of criticism. So much that his father reportedly asked him to retire from international football. While that hasn’t happened till now, it might in the near future.

The Roja captain won the 2010 edition with Spain and was later named for the FIFA WC Dream Team. He also became the nation’s youngest player ever to reach 100 caps. However, he’ll be 36 in 2022, and might not take part in the Qatar WC to give chance to younger players.

Pepe was the ‘Man of the Match’ in the Euro 2016 final against France and scored 1 goal in four matches in the FIFA World Cup 2018.

Most likely this was the last time we saw him performing on this big platform as he is 35 as I write this article and he will most likely retire before 2022.