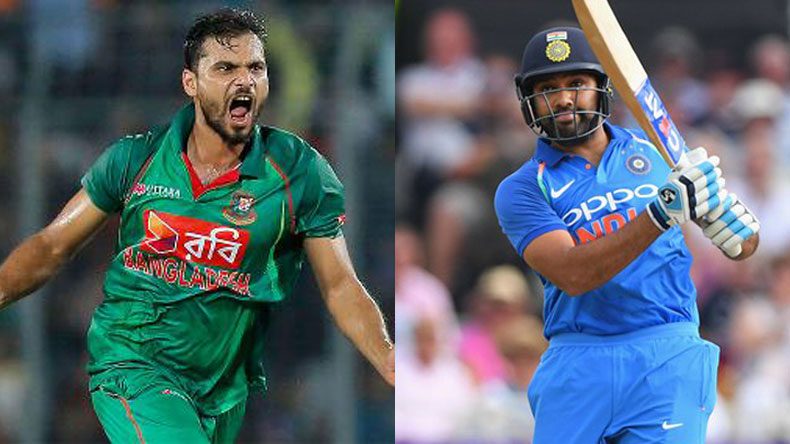 Bangladesh is all set to take on India in the 40th match for ICC Cricket World Cup 2019. Before this match, Bangladesh defeated Afghanistan by 62 runs in the 31st match. So now, Bangladesh stand at the seventh place on the points table with seven points. Whereas, India lost 38th match against England by 31 runs. As a result, India now hold the second spot on the points table with eleven points. Now, the 40th match Bangladesh vs India will be held at Edgbaston, Birmingham on 2nd July 2019.

So far, Bangladesh have played seven matches in this season of world cup and they won three of these games. Hence, they account seven points at the seventh place on the points table. In the previous match, Bangladesh proposed 262 for 7 runs target, while batting first against Afghanistan. But, Afghanistan failed to chase this total and collapsed at 200 in the 47th over. As a result, Bangladesh won this match, by 62 runs. Now, they will meet India in their next world cup fixture.

This is a must win match for Bangladesh, as if they loose, their hopes to play world cup semi final stage will die. So, Bangladesh will be giving their best to win this match.

Whereas, India have participated in seven matches so far in world cup and they won five of these games. So, they mark eleven points on the table at the second spot. In the previous match, England settled at a huge sum of 337 for 7, while batting first against India. But, India could not chase this target and lost this match by 31 runs. Now, India will face Bangladesh in their next world cup match.

Team India have not yet qualified for the semi finals, so it is necessary for them to win their two remaining matches.

India will win. They are a dominating side against Bangladesh in ODIS and world cups. They have done it in the past and they would like to maintain this record. Their top order is scoring runs, which is a plus sign for India. However, the tail-enders lack finishing touch, as we saw in the previous match. This is the only concern for India in this match. In short, India will settle at nothing but the victory.

On the other side, Bangladesh will be ooking froward to win this match. They need this victory to keep their hopes alive in world cup. So, we will witness a tough match between these two sides.

Bangladesh will win the toss. They might choose to bat first, or invite India to play the first innings, depending on the pitch and weather conditions. Albeit, toss will play a great role in the victory of the winning side.