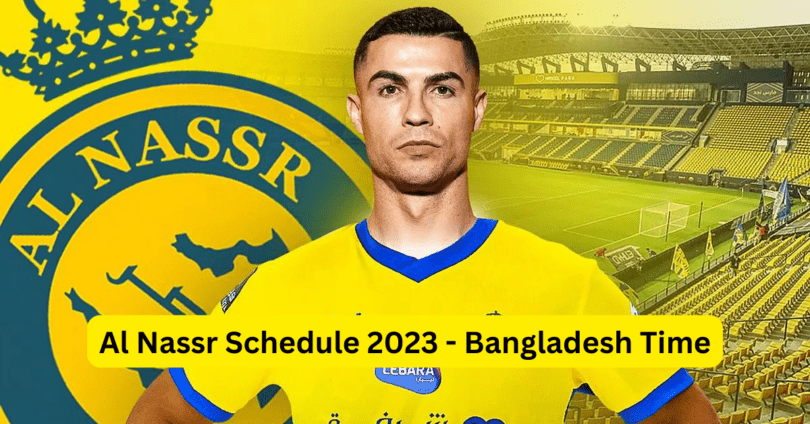 Al Nassr Schedule 2023 – Bangladesh Time: Al-Nassr has been one of the top teams in Saudi Football history and is currently the league leader in the 2022-23 season.

Al Nassr is a Saudi Arabian football club that features in the Saudi League, King’s Cup, as well as in Super Cup. The side is one of the heavyweights in Saudi Arabian club football. However, they are currently not featuring in the AFC Champions League this season. Al Nassr became immensely popular after signing Cristiano Ronaldo who is one of the most popular sportsmen of all time. Even the fans in BD became interested in a club like this thanks to the arrival of the great CR7. GTV Live will reveal the Al Nassr Next Match time in Bangladesh.