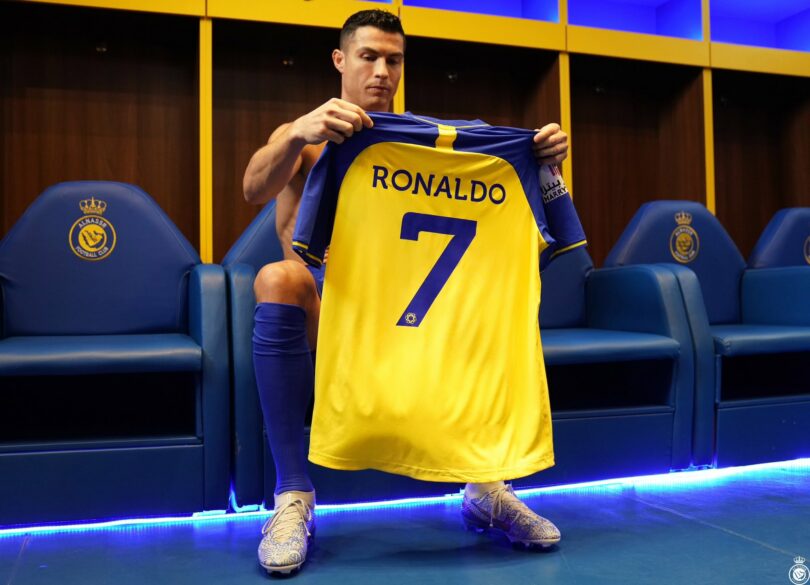 Al-Nassr FC History, Team, Top Scorers, Performance in 2022, Trophies: Al-Nassr FC is a football club from Riyadh, Saudi Arabia. The club was founded in 1955 by Zeid Bin Mutlaq Al-Ja’ba Al-Dewish Al-Mutairi and currently plays in the Saudi Professional League, the First Division League in Saudi Arabia. Al-Nassr has won the Saudi Professional League 9 times and several other domestic and regional Leagues. The team’s home stadium is King Fahd International Stadium, which has a capacity of over 67,000 spectators.

Here is the list of current players in the Al-Nassr Team:

For More Football/soccer News: Follow us on Google News

When was Al Nassr founded?

Al Nassr was established in Riyadh in 1955 by Zeid Bin Mutlaq Al-Ja’ba Al-Dewish Al-Mutairi. It remained an amateur club until 1960.

Who is Al Nassr’s coach?

What is Al Nassr’s home stadium?

Al Nassr home stadium is the Mrsool Park with the capacity of 25,000. Ronaldo visited here for fans meet on Tuesday, 3 Jan 2023.

Who is Al Nassr’s leading goalscorer?

How many titles has Al Nassr won?

Who is the owner of Al Nassr?

Al Nassr is being managed by a group of people called board members. The current president of this board is Musalli Al-Muammar.

What is the Net Worth of Al Nassr?