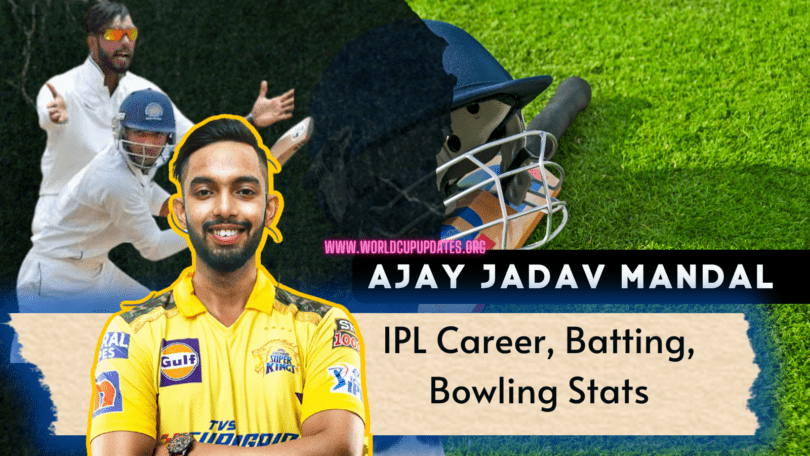 Ajay Mandal IPL 2023: Ajay Mandal also known as Ajay Jadav Mandal, the promising cricket player of Sanskardhani, will be seen playing in IPL for the Chennai Super Kings. Chhattisgarh’s leading all-rounder Cricketer Ajay Mandal was bought by CSK management in the IPL auction held in Kochi for a base price of Rs 20 lakh. After Ajay’s selection in IPL, there is an atmosphere of enthusiasm among the family and fellow cricketers. As soon as Chennai bought Ajay, there was an influx of people to congratulate the family members.

During his schooling, Ajay decided to pursue a career in cricket. He had also started preparations for this. Under the guidance of the District Cricket Association, he continued to perform better by practising continuously.

Ajay’s father Chandra Mandal told that he used to practice in the field for seven hours a day. After being selected for the Ranji team of Chhattisgarh, there was continuous improvement in the game. As soon as the Chennai team bid in IPL, the whole family jumped with joy.

The 26-year-old Ajay Mandal made his debut in the U-14 Sabera Cup in Rajnandgaon. Then he represented on behalf of the district team. Ajay is a left-arm spinner. Presently Ajay is playing for the Ranji team of Chhattisgarh. He is the main all-rounder of the Chhattisgarh team.

Ajay has performed great in this season’s Ranji. He Has taken 21 wickets in Ranji matches. At the same time, he has also scored a century against “Services”. Harpreet Bhatia, the captain of the Chhattisgarh Ranji team, has also been bought by the Punjab team.

After hockey, doors Opened For cricket

The city of Sanskardhani is known as the nursery of hockey. Olympian R. Bastian, Renuka Yadav, Mrinal Choubey and many other players have made it to the Indian hockey team and represented the country in international matches.

Apart from this, the city is also writing a new success story in basketball. More than five dozen players have got the opportunity to participate in the Indian team by taking training from the Sports Authority of India (SAI) here. Apart from this, in other sports including kabaddi, and archery, the players of Sanskardhani have worked hard to identify this place as a sports field.