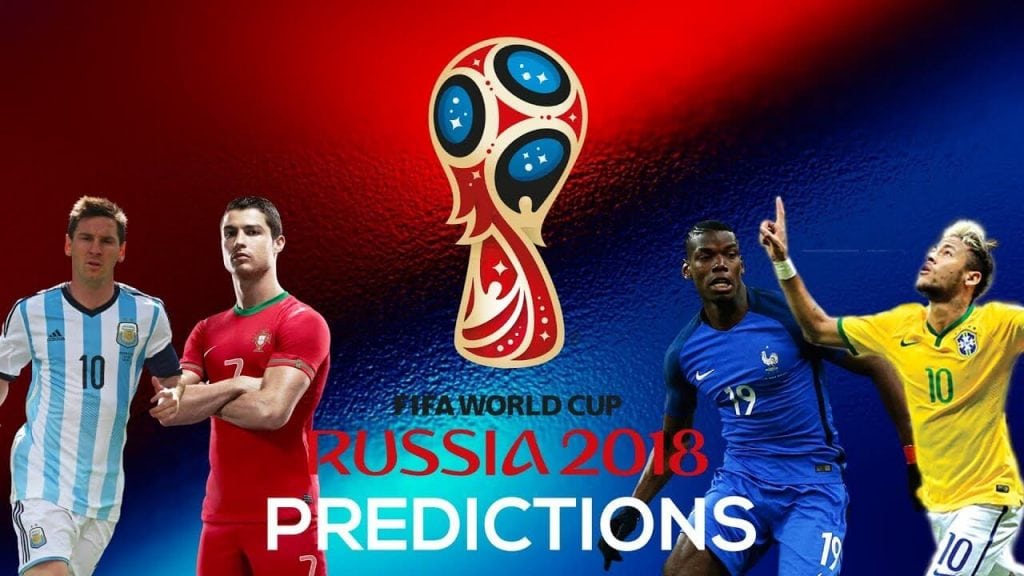 While the 2018 World Cup gets underway Thursday, June 14, with hosts Russia taking on Saudi Arabia (11 a.m. EDT), the big question that everyone wants to know will not be answered until a month later. Which team will hoist the gold World Cup trophy Sunday, July 15 (11 a.m. EDT) at the Luzhniki Stadium in Moscow?

All eight groups have been broken down. Now, it is time to talk about the players that will have the most impact on the tournament, the teams that will contest the knockout stages, and the eventual winner.

The 2018 World Cup gets underway on June 14 in Russia. Teams such as Brazil (4-1), Germany (7-2) and Spain (6-1) have high hopes and strong odds of winning it all, but these powers must advance past the group stage to make that a reality. Bettors can wager on the results of the eight individual groups for the 2018 World Cup. For example, France is a -425 favorite to win Group C, meaning it would take a $425 bet on the French team to win its group to return $100.

Before you make your picks on which teams top their respective groups at the 2018 World Cup, you need to see what European soccer expert David Sumpter has to say.

Sumpter is an applied mathematician who wrote “Soccermatics,” the book that shows how math works inside the game. Together with experienced analysts, Professor Sumpter developed the powerful Soccerbot model.

The Soccerbot reads current odds and all team performance data, calculates key metrics and predicts upcoming matches. In the 2½ seasons since it was born, the Soccerbot is up 1,800 percent on bookmakers’ closing odds. That’s right — 1,800 percent.

Now, the Soccerbot has computed each country’s true probability of winning its group at the World Cup 2018.

We can tell you Brazil has the highest probability to advance out of Group E despite losing defender Dani Alves to a knee injury. The 35-year-old, who has made 107 appearances for the Brazilian National Team, was injured while playing for PSG in the Coupe de France final.

Another team the model is all over to win its group: Argentina, which has a 59.6 percent chance of taking down Group D. Croatia (25.5 percent) is another team to watch, but ultimately the star power of Lionel Messi will be too much to overcome as Argentina prevails.

Sumpter’s model also says two countries with World Cup outright odds of longer than 25-1 will advance past the group stage. Anyone who backs these underdogs could hit it big.

So who wins each group at the 2018 World Cup? And which massive long shots have the best chance to shock the world and advance to the Round of 16? Check out the odds below and then visit SportsLine now to see who David Sumpter is picking to win each group at the 2018 World Cup, all from a European soccer expert who created a model that’s returned an 1800 percent profit on bookmakers’ closing odds.

The Golden Ball trophy is awarded to the player of the tournament, but it is not an MVP award. It has not been awarded to a player on a title-winning team since the tournament back in 1994, hosted by the USA.

Lionel Messi (Argentina) won in 2014 with the runner-up, while Diego Forlan (Uruguay) won in 2010, with the fourth place team.

With that in mind, here are the top five picks to come away as the top player at the 2018 World Cup.

Kevin De Bruyne, MF, Belgium: The Manchester City maestro could help his Belgian side make a deep run in the tournament, but also has Eden Hazard and Romelu Lukaku that could take some of the plaudits as well. Odds: 16-1.

Antoine Griezmann, F, France: He led Atletico Madrid to a UEFA Europa League crown May 16, and will spearhead the potent France attack. He will also be one of the favorites to win the Golden Boot, with France tipped to go deep into the bracket. Odds: 12-1

Toni Kroos, MF, Germany: Just came off a third UEFA Champions League title in a row with Real Madrid, and won the 2014 World Cup. He will be one of the key German players, as Die Mannschaft attempts to win back-to-back titles. Odds: 33-1.

Neymar, F, Brazil: He is the favorite to win the award. Brazil is the current favorite to win the tournament, and is the only non-European team to win a World Cup on European soil (1958, Sweden). He is the star of the most recognizable team on the planet, but is coming in off a long layoff due to an injury playing with club side PSG. Odds: 8-1.

David Silva, MF, Spain: Another Manchester City player, Silva will join possibly the top midfield in the tournament, in search of a second World Cup title in eight years (2010). Can Spain score enough goals to go deep enough for him to win the award? Odds: 20-1.

This award goes to the top goal-scorer at the tournament. James Rodriguez (Colombia) won it in 2014, while Thomas Muller (Germany) won in 2010.

Here are the top five picks to win.

Antoine Griezmann, France, F: There may be many “Take the L” dances on tap in Russia, as Griezmann looks to help his team win a second World Cup title (1998). He will have the playmakers around him, and should get plenty of opportunities to score, if France goes deep into the tournament. Odds: 12-1.

Harry Kane, England, F: The English fans are convinced the football is coming home, and Kane would be the reason. The Tottenham striker can lead the Three Lions to their second title (1966), and win his knighthood in the process. Can the Kane madness be unleashed? Odds: 16-1.

Romelu Lukaku, Belgium, F: The Manchester United forward has talented playmakers all around him, and gets to play Tunisia and Panama in a weak Group G. If Belgium can make a deep run, which looks to be the case, Lukaku will bag the goals. Odds: 16-1.

Lionel Messi, Argentina, F: This could be wholly contingent on how far Argentina advances in the bracket. Messi led his team to the 2014 final, before falling 1-0 in added extra time to Germany, and is the second best player in the world. Odds: 9-1.

Neymar, Brazil, F: Same thing as with Messi. Neymar could score in bunches, especially in a weaker Group E. But will this team advance far enough for the PSG forward to pile up the goals? Odds: 10-1.