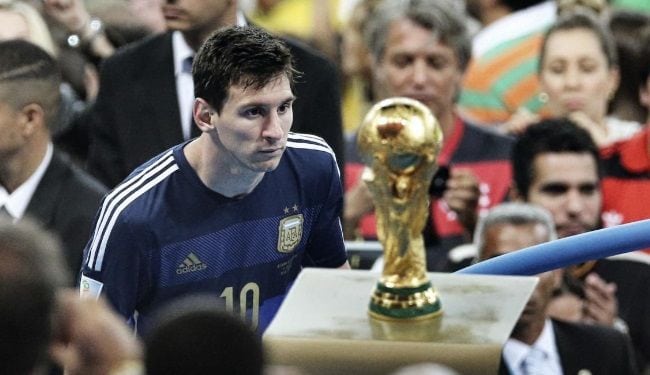 Every football player has one target to play in a FIFA World Cup. While most players dream of playing in the World Cup at least once in their lives, this group of players will be playing in their fourth or last tournament. Having played in all World Cups since 2006, which of these players could win it in 2018?

The wait for the 2018 Fifa World Cup is very nearly over with only a couple of weeks to go until the tournament begins. The 2018 World Cup is almost upon us, and each of the 32 nations have all confirmed their 23-man squads for the finals in Russia. With 736 players heading to Russia dreaming of lifting the ultimate prize in football, here’s a run-down of every group, team and player at the tournament.

Bonus: Do you know which player is playing in his fifth World Cup. Write in Comment?

With five Ballon d’Ors and countless other records to his name, there is no doubt that Lionel Messi will go down in history as one of the greatest footballers of all time. But when he swaps the Blaugrana shirt for the blue-white stripes of Argentina, it is a different story altogether.

Messi is still in Diego Maradona’s shadow because he has failed to win international trophies with La Albiceleste. The only silverware he has won with the national team is the U-20 World Cup and an Olympic gold medal (effectively an U-23 tournament). 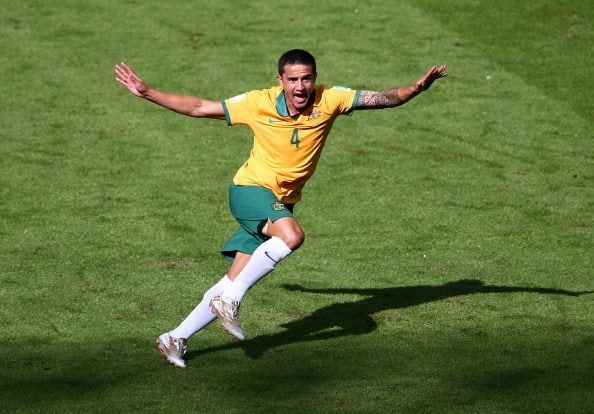 Australia were one of the last few teams to announce their squad for the 2018 FIFA World Cupand when they finally did, one name stood out. Their prized forward – Tim Cahill. The man of the corner-flag-punching-goal-celebration fame. The Australian’s exploits in the Premier League in an Everton shirt are legendary. But in spite of leaving English shores in 2012, Cahill was still banging in goals in the American MLS followed by the Chinese Super League and Australian A-League.

2010 and 2014 saw Australia knocked out in the group stages but Cahill still got on the scoresheet wherever possible. One of the highlights of the 2014 World Cup was his goal against The Netherlands – a left-footed volley that crashed into the underside of the bar before going in. 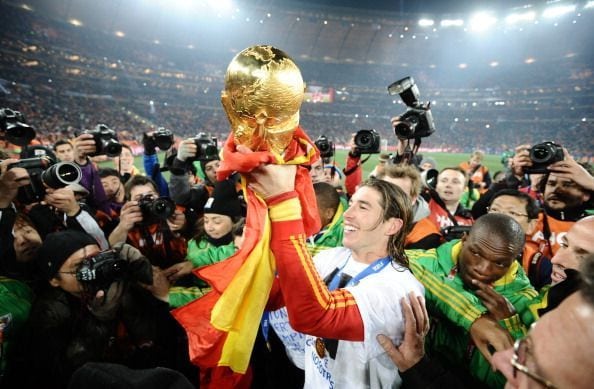 With a limited number of international games played every year, nobody gets to 150 international caps unless they have been playing since their teens. Sergio Ramos is one such player who has been with the squad for ages.

Now 32 and possibly playing in his final FIFA World Cup, Ramos has come a long way with Spain. He first made his debut as an 18-year-old; becoming the youngest Spaniard to make his debut at the time. However, 2014 was a tournament to forget for La Furia Roja, losing their first two group stage fixtures to Netherlands and Chile. Ramos captained Spain in the third game – a win over Australia – but the defending champions were already knocked out.

2006 was when a young 19-year-old Andrés Guardado made his first FIFA World Cupappearance. Mexico did not go far, losing to Argentina in extra-time in the Round of 16, but Guardado had done enough to stake a claim to a spot in the lineup.

Or so he thought. Although he did play in three out of Mexico’s four games at the 2010 World Cup – losing to Argentina again in the Round of 16 – Guardado was often substituted early or brought on as a substitute. He never got to complete the full 90 minutes. 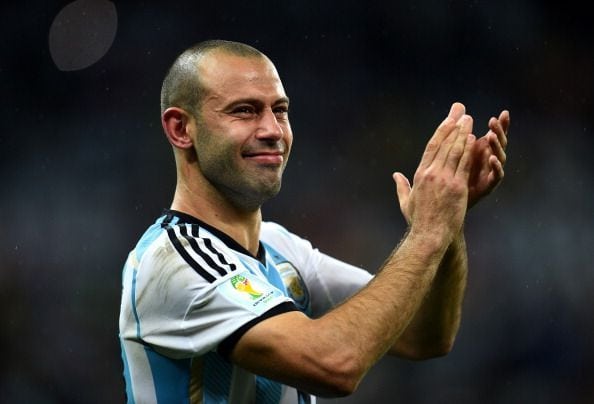 Argentina veteran Javier Mascherano may be finished as a club footballer in Europe after having opted to move to the Chinese Super League but he still feels he has one more international tournament in him. El Jefecito (The Little Chief) made his FIFA World Cup debut in 2006, playing every minute of the Albiceleste‘s campaign. He would only go up from there, replacing Javier Zanetti as the captain and leading them under Maradona in the 2010 World Cup. 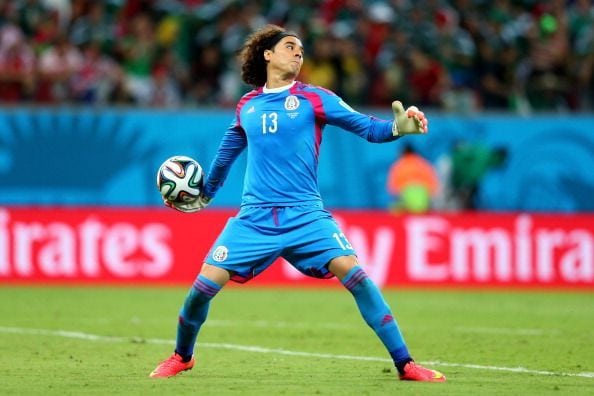 Mexican goalkeeper Guillermo Ochoa is now 32 and headed to his fourth FIFA World Cup. Everyone remembers him from his heroics in the 2014 edition – especially when he managed to keep a clean sheet against the mighty Brazilians playing on home turf. 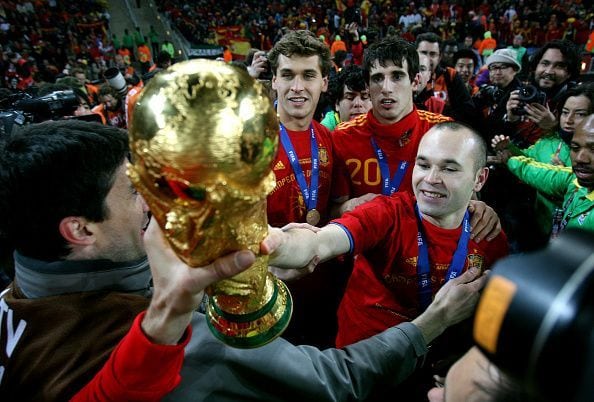 The man was adored wherever he played in Spain after scoring the winner in the 2010 FIFA World Cup final. He received a standing ovation wherever he went and rightly so – even by derby rivals Espanyol who he endeared himself to by paying tribute to their captain Dani Jarque who had passed away before the tournament. No 34, Iniesta has walked away from European football with a trophy haul that includes four Champions League titles and nine La Liga titles – 33 club trophies in all. With two Euros to add to the World Cup, Iniesta has 35. In Russia, he will look to win his 36th. 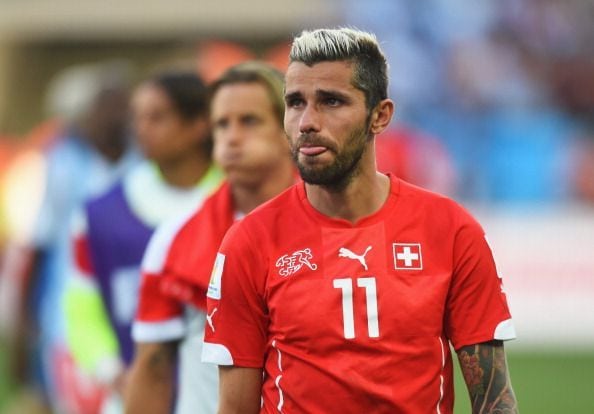 Although Valon Behrami has made it to three different World Cup tournaments, he didn’t exactly make the most of his chances. Although he will go down in history as one of many elite players to play in four World Cups, he will also be remembered as the first Swiss player to be sent off in a FIFA World Cup.

His is a story of bad luck. In 2006, a groin injury saw him miss out on the first two group games before playing only in the third and final group fixture. He did not play in the knockouts where they were eliminated in the next round by Ukraine. 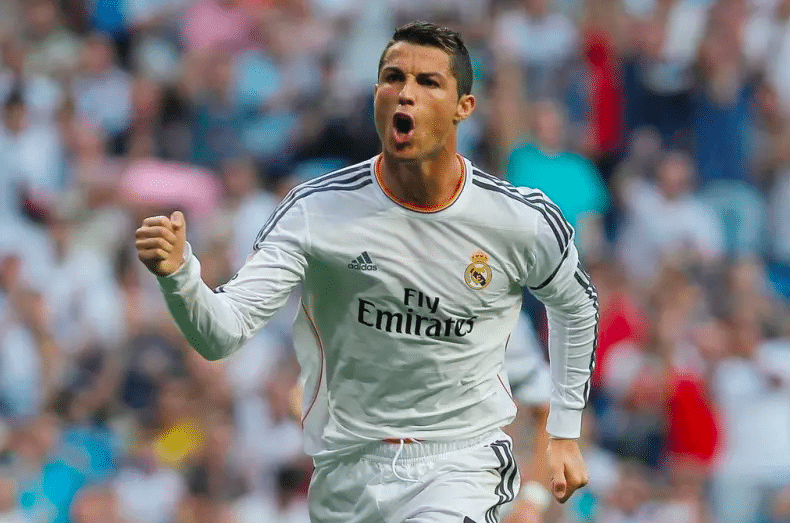 Cristiano Ronaldo is still going strong at 33, ageing like fine. It’s hard to imagine that his senior debut came 15 years ago. While he was making it large at Manchester United and Real Madrid, his travails at international tournaments have seen a different range of emotions. From tears in Euros to the wink in the World Cup when he got club teammate Wayne Rooney sent off, we’ve seen it all.

2014 saw him coming into the FIFA World Cup carrying an injury. He wasn’t 100% fit with a career-threatening tendinitis and thigh injury forcing him to skip training sessions – something a player of his stature hated.