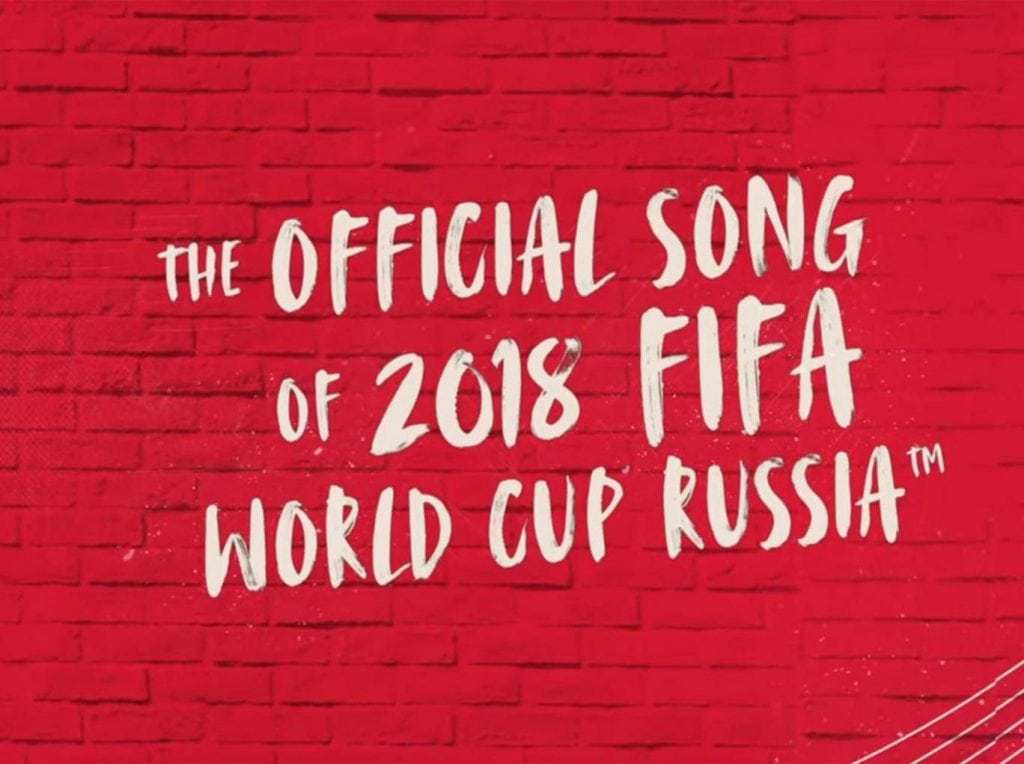 The most celebrated players in the world of football will be joined in Russia by some of the biggest stars of today’s international music scene. As part of another exciting collaboration between FIFA and Sony Music, Will Smith, Nicky Jam and Era Istrefi will perform ‘Live It Up’, the Official Song of the 2018 FIFA World Cup Russia™ produced by DJ and songwriter Diplo.

Ahead of the final on 15 July, the music stars will warm up the 80,000 spectators at Moscow’s Luzhniki Stadium and around one billion people watching on TV just a few minutes before the two finalists come out on to the pitch. Until then, fans will have enough time to learn the lyrics as “Live It Up” will be released on multiple streaming platforms this Friday, 25 May. The FIFA World Cup Official Music Video will be available as of 7 June.

“It’s an honour to be asked to perform at the 2018 FIFA World Cup. This global event brings people from all over the world together to cheer, laugh and experience magic. Collaborating with Nicky, Diplo and Era on this track represents harmony, eclectic flavours and genres coming together. At the end of the day, we just want to see the world dance”, said world-renowned Grammy Award-winning actor, songwriter and artist Will Smith.

“Being part of the 2018 FIFA World Cup Official Song has been an incredible and exciting experience so far. Working alongside talented artists like Diplo, Will Smith and Nicky Jam, who I all have huge admiration for, has been amazing and so much fun. I’m a huge football fan too, so I can’t wait for the World Cup to begin,” noted rising pop sensation Era Istrefi.

The tradition of an Official Song dates back to the 1966 FIFA World Cup™ in England with a song for the first Official Mascot, “World Cup Willie”. Since then, the Official Music Programme and the Official Mascot have become a more and more significant component of the event, providing an excellent opportunity for more than just football fans to identify with the world’s biggest single-sport event.

“Sony Music has had a longstanding relationship with FIFA. When discussing the official music for the 2018 FIFA World Cup, the objective that both organisations agreed on was a great song supported by an all-star line-up,” added Afo Verde, Chairman & CEO of Sony Music Latin Iberia. “We are very excited that Will Smith, Nicky Jam, Diplo and Era Istrefi are part of the song and working hand in hand with FIFA and our artist community in providing the soundtrack for the biggest event in the world.”

Listen to the official 2018 FIFA World Cup song, ‘Live It Up’

The 2018 World Cup is only a few weeks away, and before the games begin in Russia, Nicky Jam dropped the official song of the competition, which features Will Smith & Era Istrefi. The track was produced by Diplo.

Jason Derulo’s Colors is the “Coca-Cola promotional anthem” of the 2018 World Cup.

Both song are fine, but it’s going to be tough to ever top the 1-2 punch of Waka Waka and Wavin’ Flag from the 2010 World Cup in South Africa.