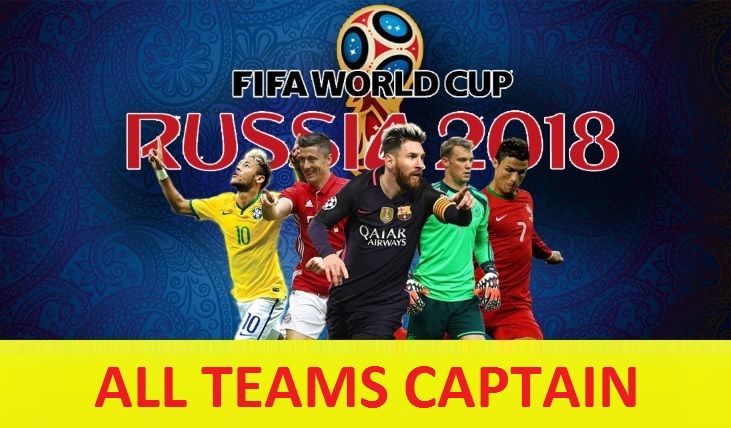 Welcome back to the World Cup Updates where you will get the list of all 32 captains of National Football teams competing in the 2018 Russia Football World Cup. Every player has his role but there is one player who is responsible for everything that happens on the pitch and that player is the captain. He has a huge responsibility on his shoulders with enormous pressure. A captain has to go through every hurdle to prove his worth to his team. FIFA World Cup 2018 will shape every captain. Of course, there will be 32 leaders in the tournament but only one will get his hands on the trophy.

Spain are one of the favorites of the competition whose captain is Sergio Ramos. He replaced Iker Casillas in 2016 as the captain and since then he is leading the Spanish side. Spain played a number of games under his captaincy but this is Ramos’s first World Cup as a captain. It’ll be interesting to see how they’ll react in the 21st edition. Check out the players who’ll wear the captain’s armband.

So these are the captains of each and every Football team playing in the Football World Cup 2018. Is your favorite wearing the armband in this competition? Have your say in the comment section below.